Welcome to the page for Freemen and Friends 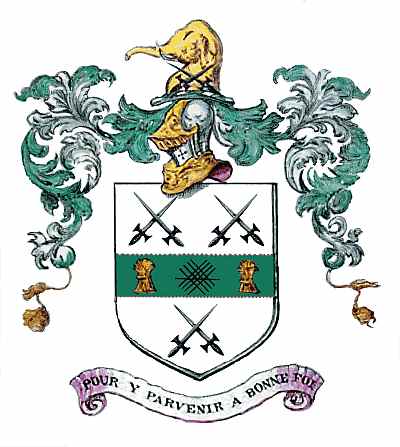 Information and news for and from the Freemen and Friends of the Company.

Please be aware that during the Covid-19 crisis, the Company Office will be on minimum manning. 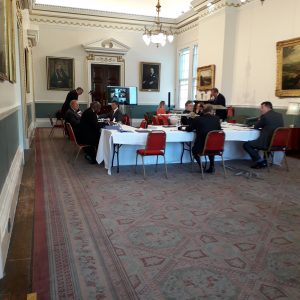 Because of the Covid-19 crisis, the 2019-2020 Company has decided to re-elect itself.  The Election and Installation took place in the Drawing Room at the Cutlers’ Hall, with a small number of Members being physically present – others attended via Zoom.  This re-election was not a unique occurrence for the Company, as it had happened during the two World Wars.

Plus – The Freeman has been published online.

The Company in difficult times

Following the disruption to his year in office, the present Master will serve a second year, and this has prompted a search of the records for other occasions when Masters served more than their initial year. There have been several Masters, who for a variety of reasons, extended their time as Master or were called back for part of a year when the succeeding Master died in office.

The 1624 Act of Incorporation states that the Company must be elected each year, in August – a Company consisting of a Master, two Wardens, six Searchers and twenty-four Assistants. Each Company elects the following Company, drawing on Freemen who can be elected to replace any retiring Company Members. The records for the 18th century, it shows that men were elected for a few years, then left the Company and perhaps to be re-elected sometime later. In the 17th century, there are a number Masters with the same names, but it is impossible to know if they are the same men.

If a Master died during his year, it was usual for the Immediate Past Master to resume duties. This happened, for example, in 1741, when Past Master Richard Kent took over when Thomas Rose died and again in 1779, when Josephus Parkin completed John Rowbotham’s year in 1780.

However, in 1838, George Wostenholm, was elected but did not take the oath, telling the Company he was going to America, and so was excused.  Samuel Hadfield, Master in 1837, stepped in. Wostenholm again refused to take office in 1842 and was fined £30 – almost £3,000 purchasing power today.  He eventually became Master in 1856.  It was not so unusual in the 19th century for elected Masters to refuse, or defer their year, as many were involved in building up their businesses, especially in overseas markets.

Mark Firth was Master from 1867-1868, but stepped in for David Ward, who was elected in 1868, but was fined for refusing to serve.  When Ward eventually took office in 1877, having been on and off the Company for a number of years, the Company discovered that he was not actually a Freeman.  Embarrassment all round!

William Ellis was elected at the start of the First World War.  Few Company meeting were held and, because the Senior and Junior Wardens were on active service, Ellis was again elected in 1915. Although Ellis didn’t want to have another Installation, the Company insisted.  With no idea how long the War would last, it was decided to keep the same Company for the duration. William Ellis eventually served from 1914 to 1917.

During the Second World War, William Wood, who had been Master in 1924-1925, was re-elected as Master from 1940-1944.  The Hall was again used for recruiting purposes and several rooms turned over to war work, as had happened during the First World War.