The Master Cutler, Mr James Tear, and Mistress Cutler, Mrs Jo Tear, hosted the Emergency Services Awards Ceremony and lunch at Cutlers Hall today.  Colonel Phillip Bates welcomed everyone on the hottest day of the year, so far, with the air conditioning never being so welcome.  The Master Cutler said how honoured he was to be able to present these awards to such well deserving recipients and to be able to recognise the work they all do.  He added that it had been very difficult to choose the winners from such a highly talented group of nominees. 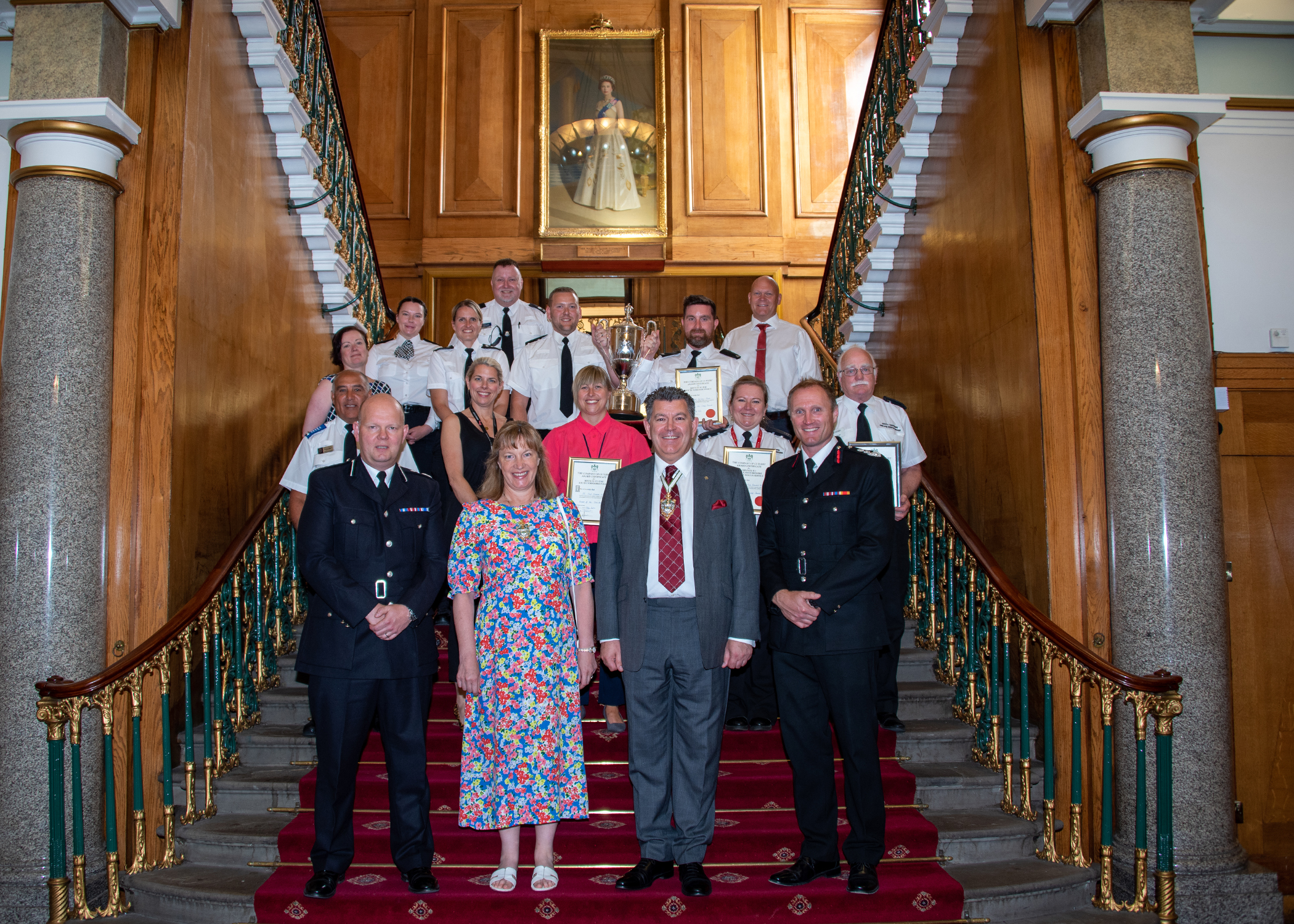 The Award Winners were:

Awarded to Dani for her outstanding work in protecting vulnerable people in Doncaster.  Making a huge impact, particularly in the area of child sex abuse, on receiving her award Dani explained that the reason she joined the service was to make a difference and thanked the support team behind her for all their hard work. 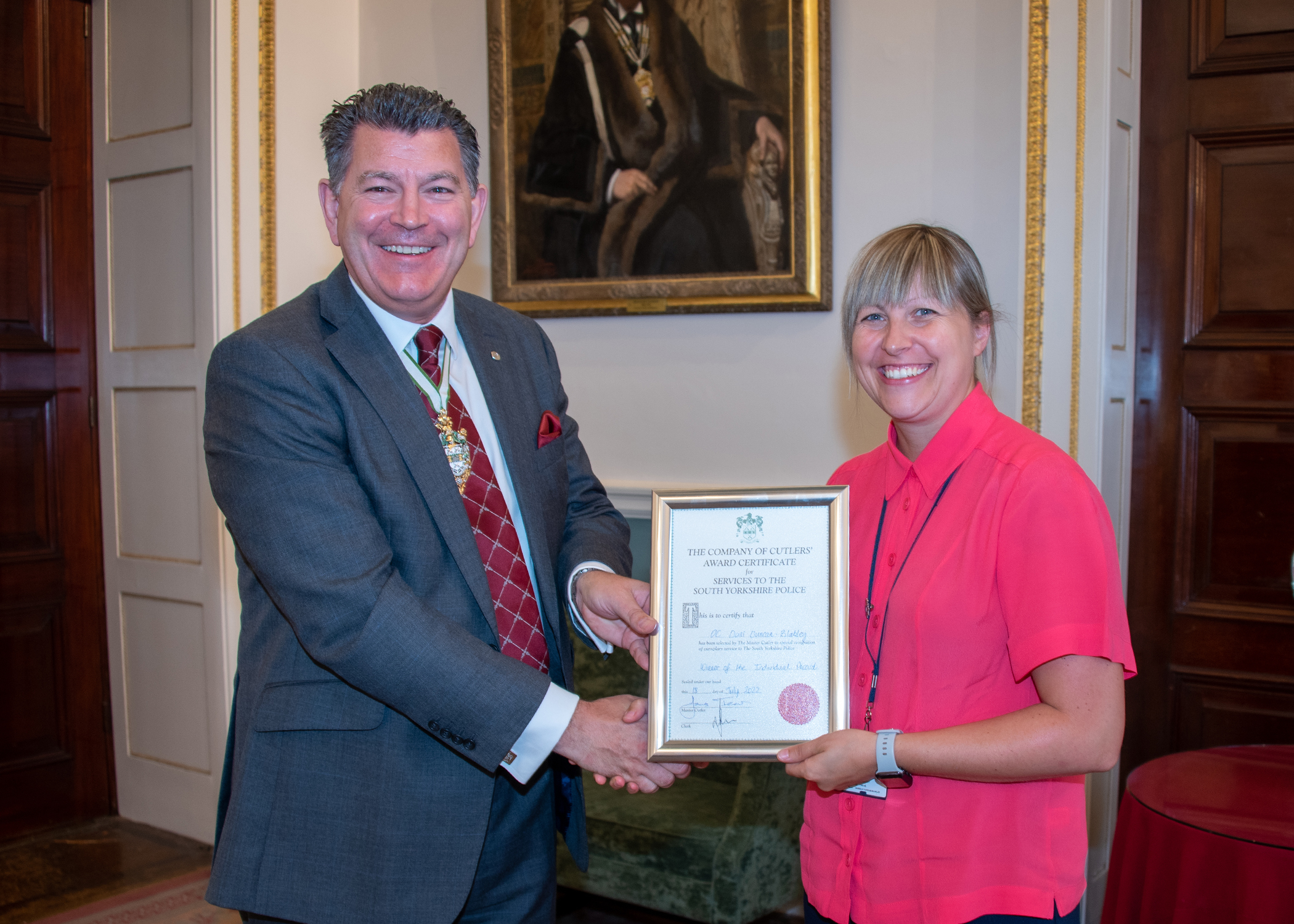 South Yorkshire police were made aware in October 2021 of power outages in some areas of Rotherham which were linked to cannabis cultivations. With specialists from the police, landlords and power companys, the Rotherham Op Grow Team were able to seize over £10 million worth of cannabis and, therefore, establish a huge reduction in violent crime in the area.  Police Constable Amy Jolliffe said their work is ongoing but huge progress had been made as a result of their joint efforts.

Roger has worked for South Yorkshire Fire and Rescue for 17 years and is absolutely dedicated to fire suppression and installing sprinker systems.  With his extensive knowledge and relentless championing in this field has had a monumental impact in this life saving technology and overseeing nearly £2 million of grant funding in South Yorkshire to instal sprinklers in high-risk homes. On accepting his award Roger spoke of how wonderful it was to be recognised and to be part of the legacy that is SYFRS.

Following the Grenfell Tower Inquiry, all high-rise residential buildings were expected to be inspected and assurances given no later than 2021.  SYFRS Business Fire Safety Department established a team of district managers, officers and support staff to deal with this enormous task which they undertook alongside their normal district duties.  The work also created extensive training for Operational crews.  This work is ongoing and the award goes to a very deserving Review Team.

Tony is an amazing individual with over 20 years’ effective service in Sheffield. His work ethic and dedication to duty has led to literally dozens of vehicle seizures, stolen goods recovered and a massive amount of community intelligence generated.  Brilliant with people he has won a number of awards including the Force awards for Police Community Support Officer of the Year 2021.  Characteristically, on accepting his award, Tony said he couldn’t do is work without the top team behind him. 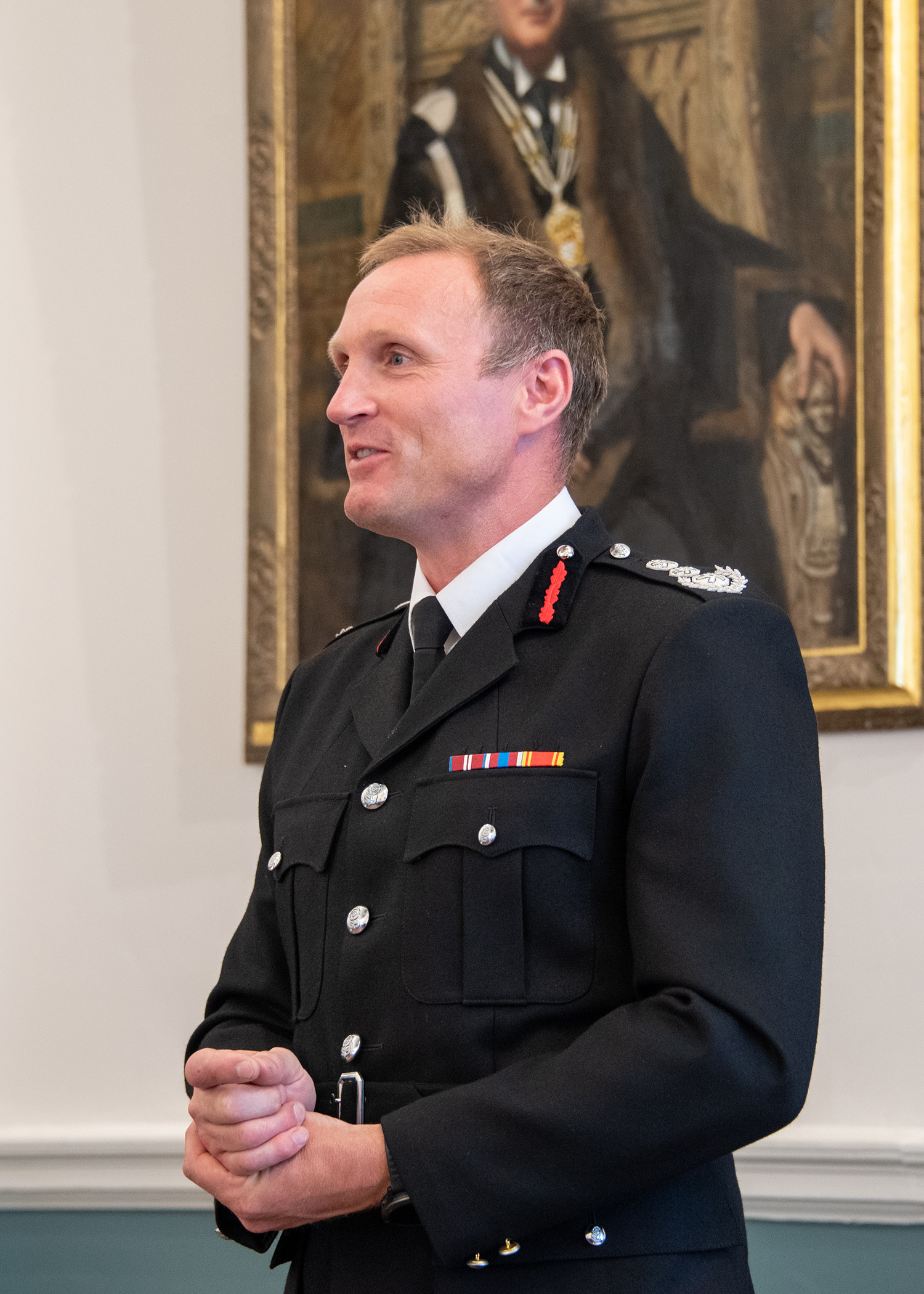 Chief Fire Officer, Chris Kirby spoke of his pride in his team and how they joined the Fire Service because they wanted to serve and give back to the public in South Yorkshire.  In HR meetings they are always looking at where they can improve and not how much amazing work they already do, so it was very nice to be recognised by other organisations in the community they serve. 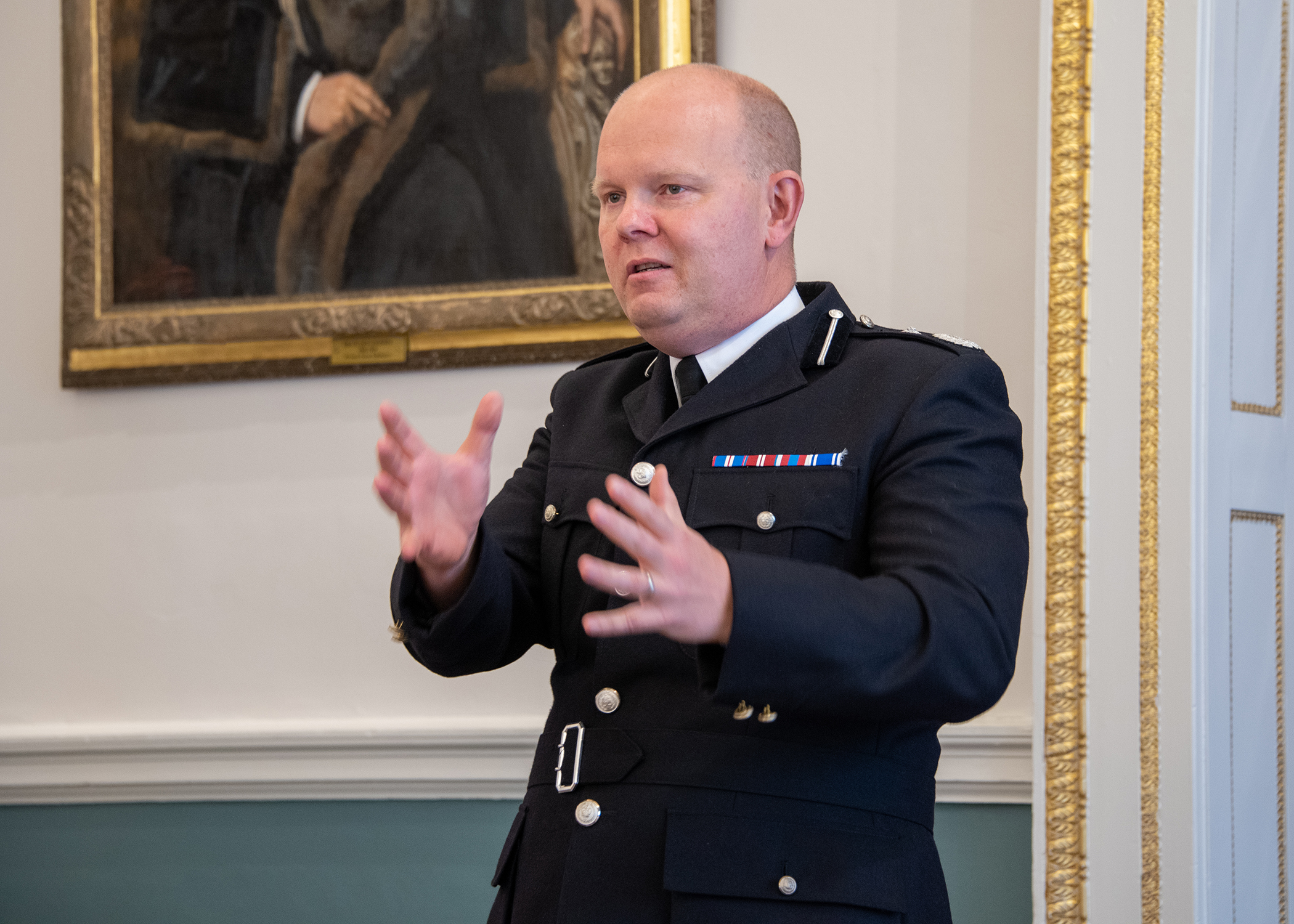 Deputy Chief Constable of South Yorkshire Police, Tim Forber thanked the Cutlers for recognising the legacy of the Police Force in this area and the individuals and teams who go above and beyond the call of duty to keep us all safe.

A thoroughly informative and deserving Awards Ceremony and a delicious lunch was enjoyed by all.