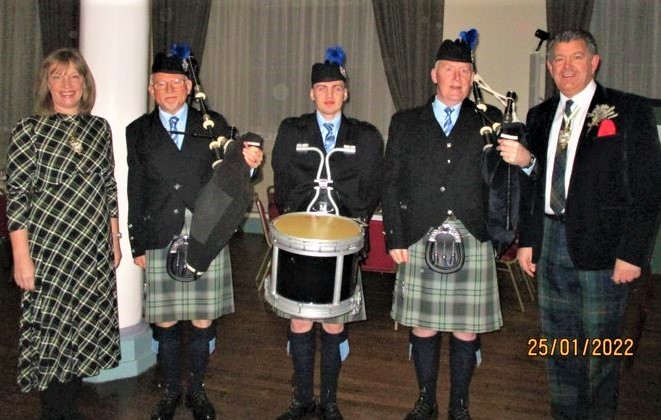 25th January is traditionally celebrated in Scotland as Burns Night with the Pipes leading in the Haggis before the host declares “the Ode to the Haggis” and supper begins.  This year the Master and Mistress grabbed the opportunity to invite the City of Sheffield Pipe Band to play this key role at Burns Night at the Cutlers Hall. 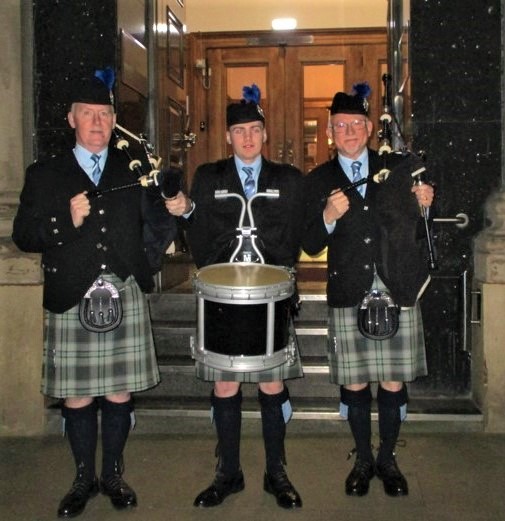 Grey – the steel of Sheffield, Red– the furnaces of the steel foundries, Black – the coalfields of South Yorkshire, Blue and Green – these are the nominated colours of Sheffield. 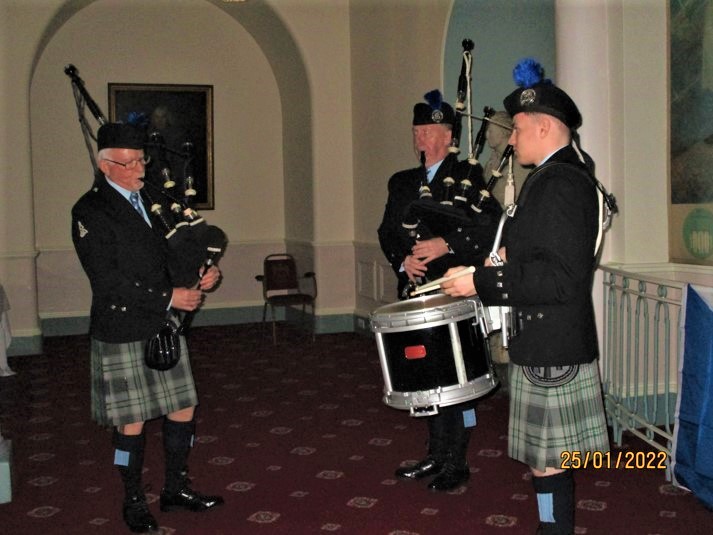